In September 1965, in Shinjuku at Tokyo Kōsei Nenkin Kaikan Asahi Shimbun Welfare Foundation invited Dr. Henry Viscardi Jr., President of American Abilities Inc. to speak there. Two months prior to this lecture, I wrote a letter to Dr. Viscardi in July 1965 and I received his book with the reply. After the lecture, I met him for the first time. I was so impressed by the warmth of his hands at our handshake. My life has been guided by his magnetic force. At that time, he was 53 years old and I was 23. March of the following year I graduated from Waseda University.

At age 1, I developed a lower limb paralysis from polio. In elementary school, I couldn’t participate in physical education classes or sports at all. I couldn’t join school excursions either, throughout my childhood. In applying for job interviews, my application was rejected from over one hundred companies because of the disability in my body. On the phone, I was also told, "We do not hire people with disabilities." From that I experienced first-hand of discrimination and prejudice, I understood that it was not only me but so many others. Then I have determined to change this at any cost; such discrimination must be eliminated. As the years passed, the determination has strengthened and remained firm. During my college student days, I visited several facilities for the disabled; there were not many at that time. By graduation, I was preparing to establish a "company for handicapped people with disabilities" in order to prove that we were thoroughly capable of good productive work despite a physical or mental condition.

The company began with the printing business and in 1974 diversified to include technical aids for the disabled. Since 1999 we have expanded into management and establishment of elderly care facilities, rehabilitation healthcare and medical facilities, ever-mindful of the changing times.  In 1974, by the request of the Ministry of Health and Welfare, I created the International Home Care and Rehabilitation Exhibition for assistive equipment. This exhibition celebrates its 43rd year this year. In looking back, there have been many challenges.  However I have also experienced warmth and kindness and many helping hands who have supported us throughout these 50 years.

In 1971, I sent a proposal to Mr. Kenzaburo Hara, Minister of Labor and he invited me to meet with him. I asked him to review my proposal requesting reform of the employment law for people with disabilities. This created the platform for the Minister to issue an official review of employment measures for persons with disabilities. As a result of this review, the employment rate system and subsidy program was established in 1975 by the National Assembly. As a result of this law in 1978, The Department of Labor officially certified Japan Abilities Printing Inc. as a model corporation of the first degree for severe disabilities employment.

As A National Network implemented. the Disability Discrimination Act was formed by 12 major disability organizations who joined forces in 2001. Then a new phase began in the national movement in parliament and a focus on international exposure as well. In 2006, the United Nations General Assembly held a Resolutions Convention on the Rights of Persons with Disabilities. And in 2007, Japanese Foreign Minister Masahiko Komura was charged with signing the resolution. In order to ratify the U.N. Convention on the Rights of Persons with Disabilities in Japan the process was long and arduous. Current laws of each country had to be reviewed. So much had to be considered including the Convention and Meiji era law. Such a task was difficult and overwhelming. Then a new law was absolutely necessary to prohibit disability discrimination.

In 2009, there was a regime change in September and review of the disability system began to move forward largely due to the decision of the new Prime Minister Yukio Hatoyama. The decision was made: for the people with disabilities in mind and body basic human rights should be ensured that is conventional protection assistance beyond the social welfare system of relief; of people with disabilities in mind and body life should be guaranteed by the Constitution. It is to carry out the perspective development and institutional reform of the law to ensure the "right as a nation." In November 2010, Disability Discrimination Committee by members of legal scholars was created in the Cabinet Office and I was appointed as Vice Chairman. After 2 years, 25 meetings of the Subcommittee performing over 100 hours of research were done and we submitted a report to the government in September 2012. There were twists and turns. Then, in 2013 May, the House of Representatives and in June the Upper House, finally it passed unanimously and became law in April of this year (2016). Coincidentally this was the same month that the Abilities movement began 50 years ago (1966).

At the commemoration celebrating the June 1966 start of the Abilities movement, I said that “the goal of Abilities Movement was that it would be no longer needed.” And I would like that. We shouldn’t have companies where only people with disabilities work. It is not the natural order. We should be a society that works without discrimination. 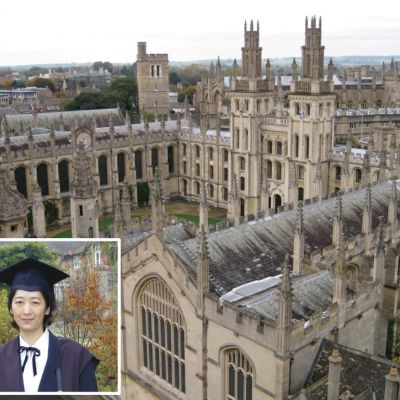